Well, you probably don't have a wet basement now being that it's been about 90 degrees the last two days however, while the basement is dry, it is time to make the necessary fixes to eliminate a flooding basement on the next rainy day. I bought a house a few years back in a part of Oakland that is below the water line which means that most of the basements in the neighborhood flood. But the good news is, that their are steps one can take to help with the flooding. Here are few:

Start outside. If you notice recurring dampness or puddles in a particular part of your basement, head outdoors. Walk along your house to the spot closest to where the leak is occurring. Look up. Chances are the problem is one of three things: a bent, clogged or missing gutter that's dropping roof runoff near the foundation; a down-spout that's releasing its load too close to the house; or an underground collection pipe that has become clogged or broken. A handyman can fix any of these problems for as little as $200 by, for example, replacing the gutter or adding an aboveground discharge pipe that extends at least three feet from the house.

Cover the windows Is your leak under a basement window? Blame the "well" - the exterior dugout that permits the window to sit below grade. It's funneling rainwater against the foundation, where the water is finding a crack or seam to get in. The easiest fix is a clear plastic well cover (cost: $35 to $45 at home centers) that keeps the water out but lets the sun shine through. If you can't find the right size or shape at the store, go to windowbubble.com.

Plug cracks and holes. Watch for water entering through seams between concrete blocks, cracks in old concrete or holes where pipes penetrate the foundation. If you find such gaps, fill them with hydraulic cement (cost: $10 for a 10-pound container -probably more than enough - at any hardware store). Just mix water with this powder to get the consistency of toothpaste and press as much of it as you can into the opening after you brush out any loose debris. It will harden into a watertight seam.

For additional fixes go to:
http://money.cnn.com/2009/02/26/real_estate/flooded_basement.moneymag/index.htm
Posted by Gina Odom, Realtor No comments: Links to this post

Cities leading the way to sustainability!

I was reading this article at lowimpactliving.com about cities that are leading the way to sustainability and are very own San Francisco made the list.

Did you know, that San Francisco has helped pave the way in sustainability and environmental progress. For example, SF was the first city to ban single-use plastic bags, a move that many other cities are following.

And, SF has also jumped into solar energy production with both feet. Turns out, solar panels work just fine in the fog…who knew? After a successful installation at Moscone Convention Center generated enough electricity to fully power it during events, the City started installations at many different municipal facilities. Awesome!! Now, we can only hope that Oakland will be the next city to join the list. To read more about other cities that have made the list go to:

http://www.lowimpactliving.com/blog/
Posted by Gina Odom, Realtor No comments: Links to this post 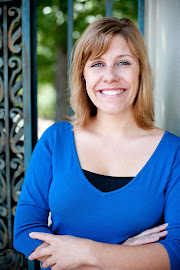